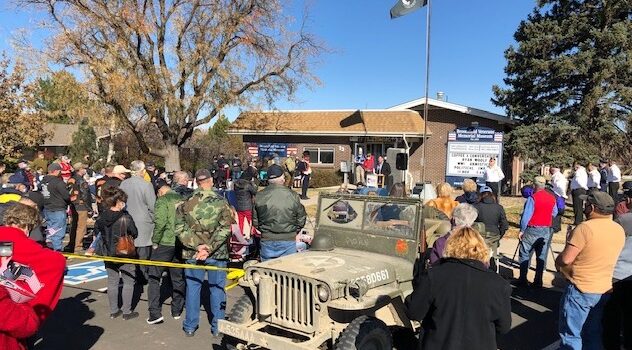 The ceremony was video streamed to public thank to Sara Farris (link here) and a digital copy was also taken by Steve Kutala.  Media coverage included reporters from the Broomfield Sentinel, Broomfield Enterprise, the Boulder Camera and there was a TV crew from the Spanish speaking TV station Telemundo.