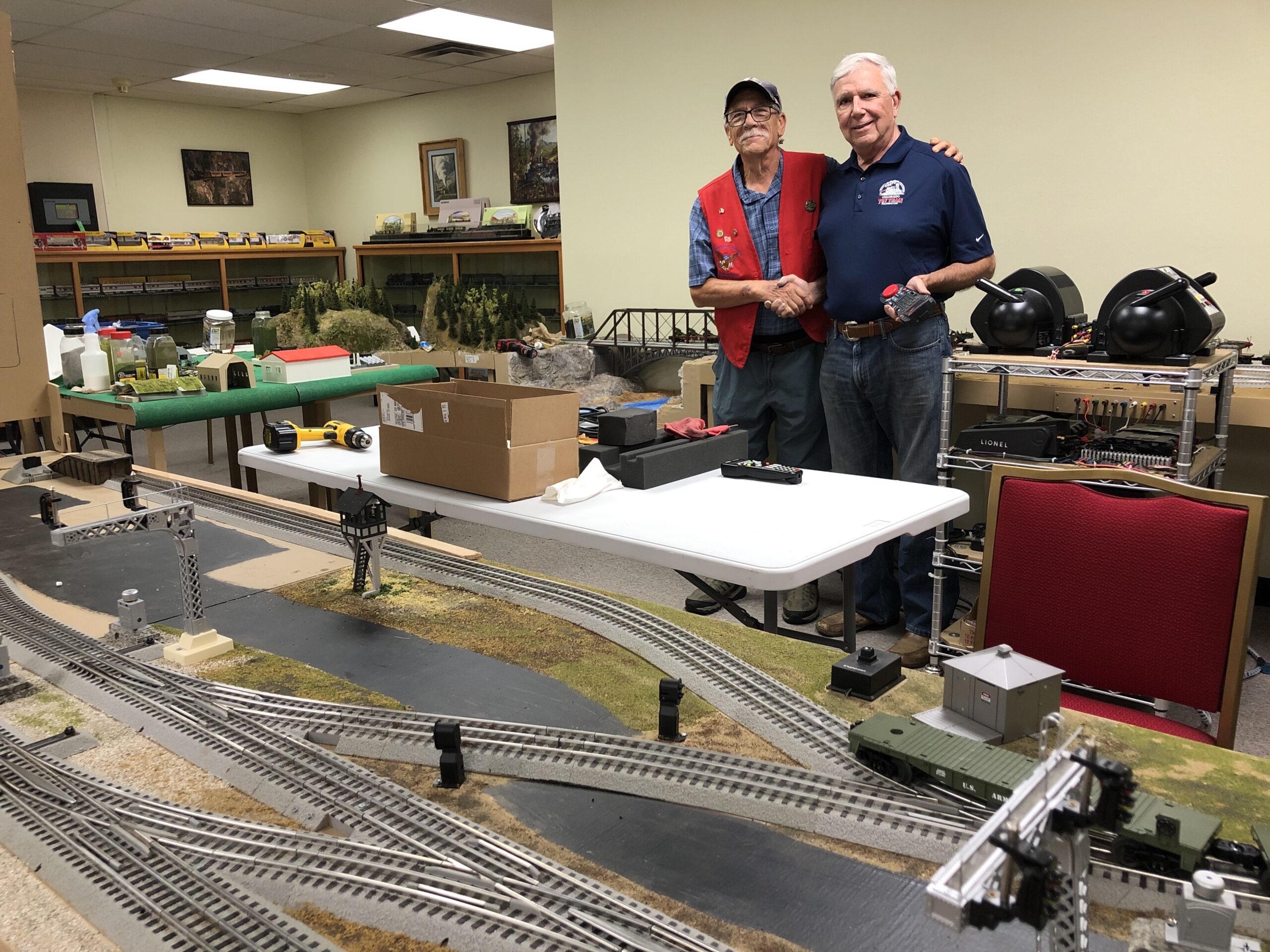 From December 8th to the 22nd the Colorado Toy Train Foundation will erect its modular 3-rail O-scale (1/4″=1′, or 1/48th scale) train layout that features double loops of mainline and some triple tracked lines displaying military and holiday-themed trains from the WWII and Korean War eras at the Broomfield Veterans Museum at 12 Garden Center.

The CTTF will operate a frequently changing, kaleidoscopic panoply of trains from the collections of its membership featuring locomotives from the historically significant era of steam power that literally built the United States as we now know it, spanning westward from the original 13 British colonies on the Atlantic Coast to the shores of the Pacific Ocean. There will be trains pulled by first generation diesel-electrics to the current crop of super performance diesels boasting many tens of thousands of horsepower to keep our nation’s economy supplied with basic raw materials and supplies of manufactured products from all over the US and other countries worldwide.