We are working on updating our exhibits to honor more veterans and utilize better interpretation and technology to share their stories.  Please check back as we post updates and exciting upcoming exhibit news! 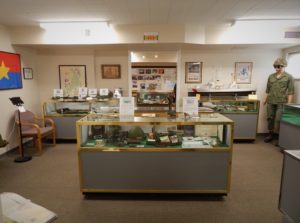 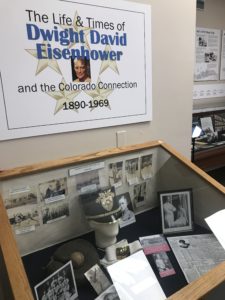 Dwight D. Eisenhower is most known for his leadership as a five-star general in the United States Army and supreme commander of the Allied Expeditionary Forces in Europe. He also served as the 34th president of the United States from 1953 to 1961. However, many don’t know about the strong connection Eisenhower had to Colorado, thanks to his marriage to Colorado resident, Mamie Geneva Doud.

The Broomfield Veterans Memorial Museum currently has a special exhibit dedicated to Eisenhower that will cover the life of Eisenhower in a series of four exhibits. Come check out the in-depth history of Eisenhower and his ties to Colorado. 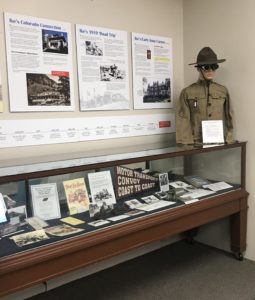 More about our Forefather Veterans Exhibits

The Broomfield Veterans Memorial Museum (BVMM) is now accepting applications for a rotating art exhibition series. Each year the BVMM will present 4 art exhibits. The museum reserves one wall (25 ft. in length) on the main level for the hanging of 2-dimensional works of art. For more information about this series, please click here.

The museum has undergone some recent renovations; certain exhibits are still under construction. Please take time to see how we have improved and updated our exhibits and displays, many using technology that has greatly enhanced the visitor’s museum experience.

Museum hours are Thursdays from 10 a.m. to 2 p.m. and Saturdays, from 9 a.m. to 3 p.m. We are also open by appointment during the week for group tours. You can schedule a group tour on our Private & Group Tours page.